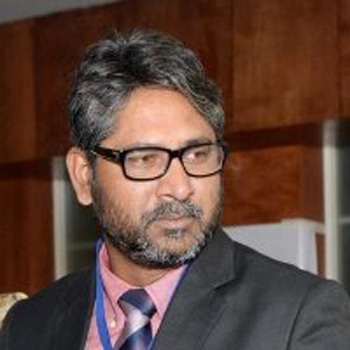 Sharif Jamil is the Buriganga Riverkeeper who is an internationally recognized leader and activist in the global environmental movement. For more than a decade he has organized civic action for environmental justice in Bangladesh through his involvement in the country’s largest civil society initiative, Bangladesh Poribesh Andolon (BAPA). As a member and General Secretary, Bangladesh Poribesh Andolon (BAPA), Sharif Jamil has worked to save the country’s rivers, wetlands, forests and urban green spaces, and to protect the rights of indigenous groups whose livelihoods depend on environmental preservation in Bangladesh.

Sharif Jamil has consulted closely with the Waterkeeper Alliance starting in 2009 through attendance at regional and global meetings and conferences. In 2014, he was elected as the International Regional Representative in the Waterkeeper Council. He has networked with local community leaders along the Buriganga River, and met with civil society leaders and policymakers in Bangladesh.

In 2007 Sharif Jamil was awarded by Both ENDS with a Joke Waller Hunter Fellowship as a prospective leader on environmental movement among the developing countries in the world. With what he has learned, he trains others and sets up programs in other areas to engage more people in saving the natural water resources of Bangladesh. He has been serving also as the Coordinator of Waterkeepers Bangladesh since June 2015.