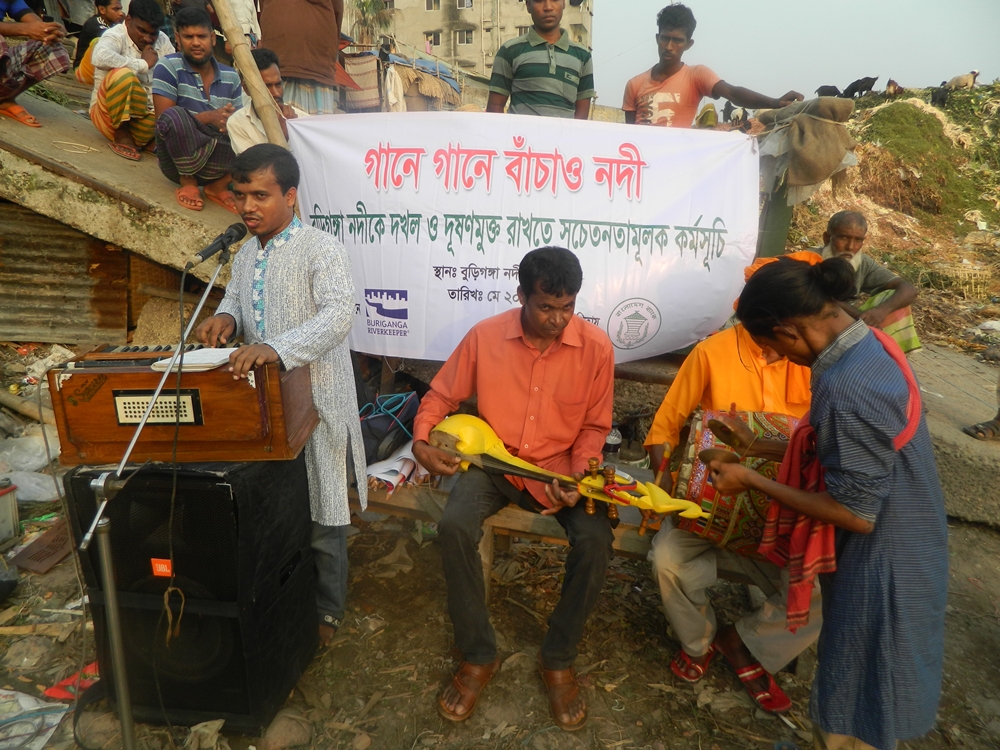 Our event titled as ‘Save River through Song’, continued its 4th day in Sham Bazar. The designated date chosen for the fourth location was May 07, 2017. The cultural group named, ‘Rangmohal’ did their very best to attract people and telling them stories about our river Buriganga. They performed various Bengali folk songs led by Lalon Researcher Mr. Hirak Sardar. They requested the people residing near Buriganga to take care of the river with their best efforts. He highlighted that it is our moral obligation to stop contributing to further pollution. He demanded necessary measures from the government to fight against illegal polluters and encroachers. 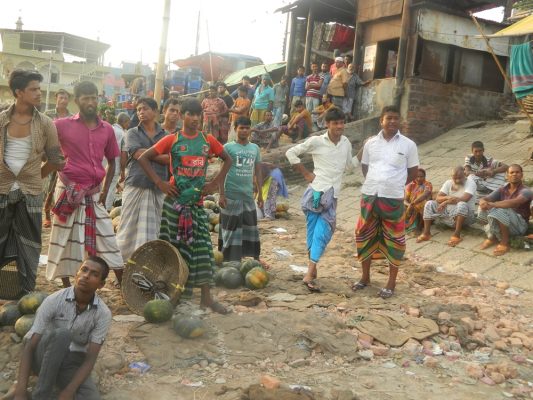